When to appeal a party wall award – and when not to 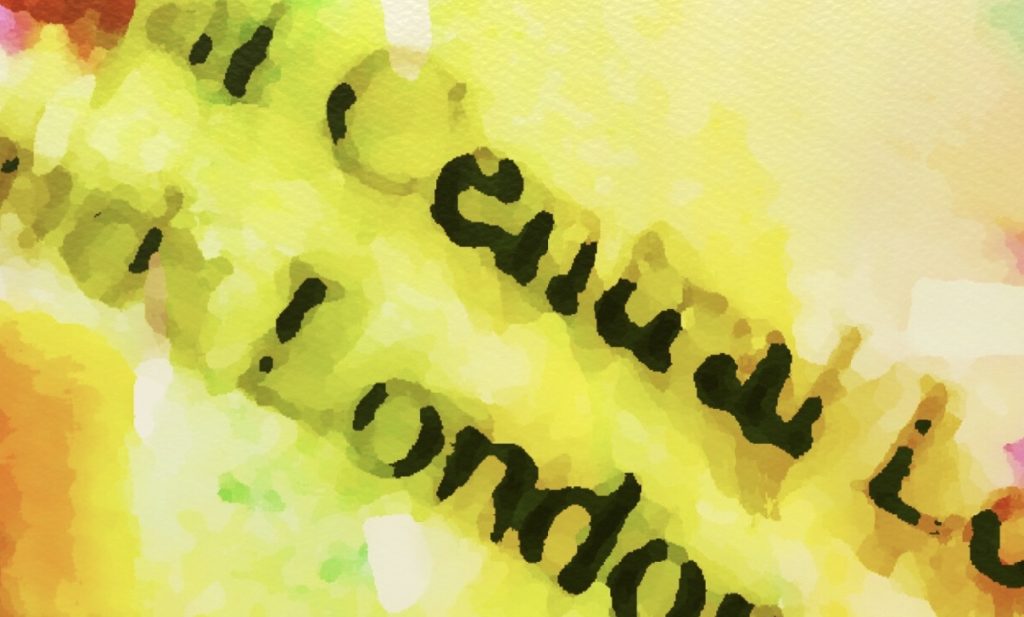 Each year in England and Wales many thousand party wall awards are made under the Party Wall etc Act 1996 (“the Act”); a few hundred such awards are appealed under section 10(17) of the Act, and maybe a hundred or so of those make it to a final hearing. Very few of the decisions in those cases are published, or even reduced to writing, and those decisions are in any event not binding on judges in future cases. So how can you, whether as a member of the public, or even as a party wall surveyor, decide whether it would be a good idea to appeal a particular award you have just been presented with?

In this article I aim to help you make a sensible and informed decision.

An appeal under the Act is a piece of contentious litigation – in other words it is a legal fight with a winner and a loser. The general, albeit not universal, rule in litigation is that the loser pays the winner’s costs. Armed with this knowledge, the typical litigant thinks “Well, that is okay, I am going to win my appeal, so the other side will have to pay my costs”. For that litigant I have three pieces of advice.

First, no matter how good you think your chances of success are – indeed no matter how good your legal advisers think your chances of success are – they are no higher than 70%. This is because all litigation carries with it a risk of failure, always at least 30%. This takes account of human factors – an unpredictable judge or a brilliant advocate for the other side – as well as legal, factual and evidential risks – a legal argument you did not foresee or did not know about, a cost of repair actually incurred by the other side you knew nothing about, or a document you weren’t aware existed. Be very, very wary of any legal adviser who tells you the chances of success are higher than 70%, as this is advice which very, very few competent legal advisers would give.

Secondly, even assuming you win your appeal completely and obtain an order that the losing side pays your costs of the appeal, this does not mean that they will in fact pay you all of those costs. Litigation costs are subject to what is called “assessment”, which means that either the judge who hears the appeal, or another judge at a later date, will look in greater or lesser detail at the costs you have incurred, and will decide the extent to which it is reasonable for the other side to pay each of the sums claimed. As a rule of thumb, a successful litigant will recover about two-thirds of the costs he has actually paid out for the litigation.

Thirdly, and although appeals under the Act are less expensive than many other areas of litigation, they are very far from cheap. Over the past few years I have dealt with very many appeals under the Act, and although the costs incurred have ranged very widely, from around £15,000 at the very low end, to perhaps £300,000 at the upper end, the vast majority of party wall appeals (where solicitors and counsel are instructed) result in each party incurring between £50,000 and £100,000 in legal costs. So, assuming your appeal is successful, and applying the rule of thumb mentioned above, it will have cost you between about £16,500 and £33,000 to win your appeal.

For many people, and no matter how wrong or galling the award they are faced with may be, it will often be more sensible to grin and bear that award, rather than commit to potentially spending tens of thousands of pounds challenging it.

Party wall appeals have to be brought within 14 days of the award in question being served on you. If an appeal is not issued within that time-limit, your chance to appeal has been lost. It is therefore absolutely essential that you both obtain advice and actually complete an Appellant’s notice in form N161, and file it at court, together with the appropriate court fee, currently £140, at your local County Court, before that period expires.

You are unlikely to be best placed to decide whether an appeal has legal and factual merits. A sufficiently knowledgeable and experienced solicitors or barrister – surprisingly rare where party walls are concerned – should be able to do a quick review of the award and perhaps a few other documents, and give you a good idea about whether your case is worth taking forward. That advice will not be free, but it will almost certainly be a good investment, even if the advice is not to pursue an appeal. Above all, act quickly, as time is short.

Completing an Appellant’s notice is largely form-filling, albeit the N161 form is not really designed for appeals from party wall awards, and so it does require some careful thought to complete correctly.

The parties to the appeal, the Appellant and Respondent, are always the building owner and the adjoining owner. The surveyors should not be made Respondents to the appeal, except in truly exceptional circumstances which I do not need to cover in this article.

The decision being appealed is the award, of whatever date.

Permission is not required to bring a party wall appeal.

The most important part of the form, however, is the “grounds of appeal” section, which should appear on a separate sheet, or sheets, of paper. The grounds of appeal are, in essence, an explanation of what is wrong with the award being appealed, and why. The grounds do not have to go into great detail – they are more of a summary of the key points which can then be fleshed out in the skeleton argument in support of the appeal (of which more below). A ground of appeal can be put very simply, e.g. “The surveyors were wrong to award £x by way of compensation. It should have been a much greater sum because…”.

I would strongly recommend that Appellants also apply, in section 10 of the form, for an order staying the appeal for 4-6 weeks after issue “to allow the parties to seek to negotiate a settlement of the appeal”. The issue of an appeal is often seen as an aggressively litigious act, when in fact the Appellant is merely seeking to protect his position. Asking for a stay of the appeal – effectively asking the court to put the appeal on hold for a while – allows everyone time to reflect and to see whether the parties can agree matters between them. Once an appeal is issued, both the Appellant and the Respondent are potentially liable in costs. That potential liability tends to concentrate minds and encourage settlement, but settlement is far more likely before everyone has spent a fortune on legal costs.

If you believe that evidence will be required to prove the basis for your appeal – for example the surveyors have determined that a certain level of damage to your property has been caused by the building owner’s works, but you are convinced the damage is actually much more extensive and expensive to repair – it is preferable to note, again in section 10 of the form, that you would like the appeal to proceed by way of re-hearing. In the “Evidence in support” box which follows, you should explain that factual and/or expert evidence will be required to make out your grounds of appeal.

In order to ensure that the 14-day time limit is met, it may be necessary to deliver the Appellant’s notice to the court and obtain a receipt for the same. Make sure that the cheque to cover issue costs is for the correct amount, as the Court will reject proceedings accompanied by the incorrect payment, and this can potentially mean you miss the appeal period.

Different County Courts deal with party wall appeals in different ways. Some will make an order giving directions – a timetable of steps which the parties have to take before the final hearing – shortly after issue of the appeal. Others will simply list the matter for a final appeal hearing, assuming that the appeal is to proceed by way of review rather than re-hearing. In either case, and if you have not done so before, now is the time to seek legal advice, both as to the merits of your appeal, and as to how best to comply with the court’s directions.

Where the appeal proceeds by way of review, the Court only really needs to ensure that the materials which its sees are those which were before the surveyors who made the decision. Consequently, directions are likely to be limited to disclosure of those documents, and the preparation of a trial bundle.

However, where the appeal proceeds by way of rehearing, the directions are more or less identical to those given for any normal civil trial. First, the parties are required to disclose any relevant documents in their possession or control. Secondly, the parties exchange witness statements of fact – these are usually reasonably limited in party wall cases, but may well be necessary, for example, to speak to the impact upon an adjoining owner caused by the damage to his property. Thirdly, experts will often need to be appointed by each party, and must meet to produce a joint statement of agreed and non-agreed issues, and to each produce a report. Experts in party wall cases are usually surveyors, but, where appropriate, may be structural engineers, or specialist decorators, or whatever expert is best-placed to give the necessary and appropriate evidence. Finally, directions will call for one of the parties, usually the Appellant, to prepare appeal bundles for the final hearing – this should be done cooperatively with the Respondent, and the general rule is that if either party wants a document to be included, it should be included in that bundle.

Appeal hearings do not happen quickly. On average it is around 12 months between issue of an appeal and its final hearing, although the normal range is probably 9-15 months. Appeal hearing are rarely less than a day, and are most commonly 2-3 days’ long.

Where the appeal is by way of rehearing, the Appellant will usually “open” the case, by taking the judge through the key documents in the bundle, before witnesses of fact, and then expert witnesses are called on behalf of each party. Finally, the parties each make closing submissions.

Depending on the complexity of the case and the time available, the judge may give judgment on the spot (“ex tempore”), but more commonly he will “reserve” judgment, which means that he will go away and produce a written judgment. A reserved judgment is usually provided to the parties and their lawyers in draft form before being formally “handed down” in court. How quickly one receives a reserved judgment depends on the judge and his other commitments, but most are provided in 3-6 weeks.

Appeal in party wall cases are not to be commenced lightly. They are serious and potentially very costly pieces of litigation. Very often I have advised clients, who entirely justifiably feel wronged, not to bother appealing an award, simply because it will be more costly for them to bring a successful appeal than to lump the existing award.

Of course, there may nonetheless be very sound reasons for an appeal – commercial reasons, or reasons based on principle, or simply tactical reasons – but make sure you know what those reasons are before commencement. An unsuccessful appeal can be far worse than a bad award.