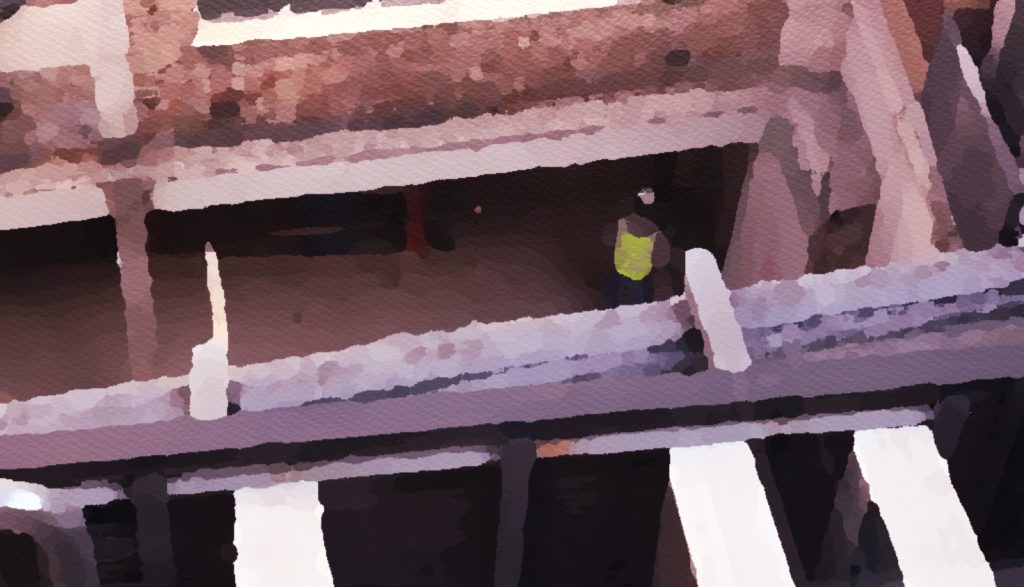 In my final article in this beginner’s series to resolving boundary disputes, I want to talk a little about resolving such disputes outside the courtroom, namely by way of mediation. For those who have not come across mediation, it is perhaps best described as a negotiation meeting, facilitated by a person independent of the parties to the dispute – the mediator. Mediation has very significant advantages in boundary disputes, which I will try and explain in this article.

Before I deal with how mediation works in boundary disputes, I should emphasise that the courts are so enthusiastic about parties participating in mediation that a party who refuses to do so can be punished in costs, even if they are ultimately successful at trial. Consequently, and in every case, the court will want to know whether the parties have considered and/or engaged in mediation before a case proceeds to trial. I would encourage any party to a boundary dispute to agree to participate in a mediation, not because an adverse costs order might follow from refusal to do so, but, as a starting point, because mediation is both quicker and cheaper than court proceedings.

I have now participated in about 80 mediations, of which about 75% resulted in a successful settlement, mainly on the day of the mediation, but sometimes a few days or weeks later. I have seen a variety of statistics for the success rates of mediations, some a little higher, some a little lower, but my experience seems to be fairly similar to that of other people who have done a large number of mediations.

Mediations are “without prejudice”, which effectively means that nothing said or done in a mediation can subsequently be mentioned in court. This encourages an openness which parties to proceedings do not normally demonstrates. For example, one can make a concession or admission in a mediation, to try and encourage settlement, which not only does not bind the party making it after the mediation, but cannot even be referred to by the other party afterwards.

The way a mediation generally works is as follows:

(1) The parties agree on the identity of a mediator who they think will be suitable for their case. Quite often this involves one party suggesting three possible mediators, and the other party choosing one of them. Often the chosen mediator will have knowledge of the area in dispute – the parties might well choose a property lawyer to mediate a boundary dispute for example – but that does not necessarily matter;

(2) Everyone fixes a date and a venue for the mediation. Mediations can often be organised at quite short notice, in a matter of a few days or a few weeks. This is the first and very obvious advantage over court proceedings, which often take 12-18 months to come to trial. The venue might well be a neutral venue – a hotel or conference suite – or might be at one or other party’s solicitors’ offices. Usually a mediation uses three rooms: one for each of the parties, and one as a general meeting room and/or for the mediator;

(3) Often the parties will prepare a short bundle of relevant papers for the mediator, so that they can see what the dispute is about. Sometimes the mediator will telephone each of the parties ahead of the mediation, to introduce themselves, and to try and get some idea about the scope of the argument between the parties. Quite often the parties will prepare a “position statement” to give to the mediator; sometimes this is shared with the other party, sometimes it is not. A position statement, as the name suggests, sets out that party’s position on the dispute, and may suggest possible solutions to the dispute. Some position statements, often, I am afraid, drafted by lawyers, set out that party’s arguments in the strongest possible terms – this is unfortunate for several reasons, but perhaps primarily because it demonstrates a lack of understanding of both the process and point of mediations;

(4) Everyone pitches up on the agreed date. Lawyers attend some mediations, but not necessarily; it is down to the parties’ own preferences. Often the mediation will start with a “plenary session” which means everyone sitting in the same room and the parties, or their representatives, making an opening statement. On a good day, this might well involve one or both parties getting things off their chest and/or describing how they have been affected by the matters in dispute. On the very best day I have seen one party apologise to the other for the unintended disruption they had suffered. More commonly this is just an opportunity for everyone to be civil to everyone else, and for everyone to be reminded that they are there for the purposes of reaching agreement;

(5) The parties then generally retire to their own rooms, and the mediator begins shuttling from one room to another, discussing the parties’ position with them, and, where appropriate or permitted by the party to do so, communicating matters to the other party. At some point, and in my experience this is rarely before lunch, one or other party will make a concrete offer to the other party. In boundary disputes, this will hopefully include a proposed boundary line;

(6) During the course of the afternoon, and things tend to accelerate as the day goes on, offers and counter-offers are made and discussed. The mediator continues shuttling between the parties, clarifying offers or keeping them conveniently vague, but always working towards finding an agreement which both the parties can live with;

(7) If things go well, a settlement in principle is reached, often in the late afternoon, after which the parties lawyers (or the mediator) will put down in writing the terms of the settlement agreement. This can take quite a long time itself, as it is important for everyone that the details are correct and acceptable to all, and that the agreement will be legally binding. Finally, and I am afraid this is often rather late in the evening, the parties will sign the settlement agreement and go home.

Of course, all mediations are different. Occasionally, albeit thankfully quite rarely, one or other party will decide that they are getting nowhere, and will leave. Occasionally the parties will get most of the way to a settlement, but fail at the final hurdle. Sometimes everyone will just become too tired and call a halt; mediations in such circumstances are sometimes continued on the following or a later day.

Before finishing, let me give you a few tips about getting the most from your mediation: