What can party wall surveyors learn from arbitration? (part 2) 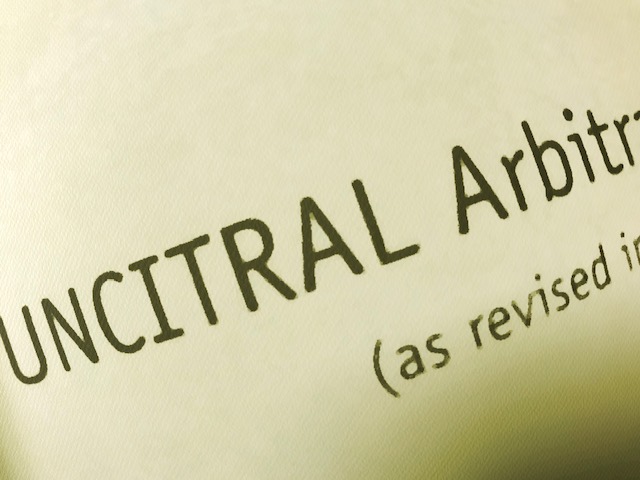 This is the second in a short series of articles suggesting some learning points for party wall surveyors arising from consideration of selected Articles from the UNCITRAL arbitration rules 2013 (“the Rules”).

That is precisely the issue which Article 3(5) of the Rules addresses in arbitrations. Whilst there is no similar rule in relation to challenges to the validity of notices served under the Act, it is certainly well-established practice that the tribunal of surveyors has jurisdiction to determine the validity of notices served – see, for, example, Loost v Kremer (unreported, 12 May 1997, per HHJ Cowell), where such jurisdiction was readily accepted.

The basis for such jurisdiction in relation to dispute resolutions under section 10 of the Act might well be said to arise from another difference between the Act and the Rules, namely the explicit requirement under Article 3(1) and (2) for a notice to be served in order to initiate the arbitration process, which can be contrasted with the wording of section 10(1) of the Act, which triggers the appointment of surveyors “where a dispute arises or is deemed to have arisen”.

“When a person is approached in connection with his or her possible appointment as an arbitrator, he or she shall disclose any circumstances likely to give rise to justifiable doubts as to his or her impartiality or independence.”

There is, of course, no corresponding obligation under the Act in relation to disclosure of circumstances which might give rise to doubts about impartiality or independence. However, for those party wall surveyors who are also members of the RICS, their professional conduct rules effectively impose a similar obligation.

There are two situations where the importance of disclosure is particularly acute.

The second situation is that where an owner is appointing a surveyor on behalf of the other owner pursuant to section 10(4) of the Act. In practice this appointment is in fact made by the surveyor already appointed by an owner, i.e. as agent for that owner. The fact that the first surveyor is able to choose what might be described as his opponent makes this a situation particularly prone to allegations of partiality, and surveyors in this situation – both those appointing and those being appointed – need to be particularly sensitive to any possible questions as to their impartiality and independence.